At the Chameleon in San Francisco, CA.

At the Chameleon in San Francisco, CA. 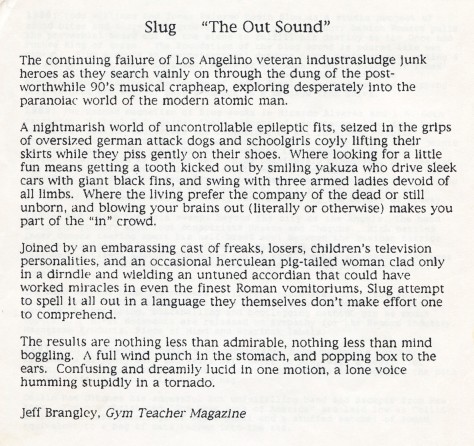 They were a callin and a-growlin’ and a-foulin’ and a fallin’,

as they slid on the stones under blacksmith skies.

the rain it was stingin’ their hell-hound eyes.

Hot on their heels and cold in their tracks,

one eyed cowered on the sour trash they devoured,

The other watchin’ over their mangy backs.

They were  ballin’ and bitchin’ and barkin’ their lungs,

Shakin’ their necks, slappin’ their tongues,

devouring the streets, leaving tracks of their paws.

They stopped for the night and they pissed where they stood,

their gums flashed black and they lowered their heads

Stared at each other while the rain hit the roof,